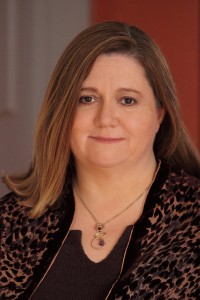 Hi There! I’m Whitney Hoffman. I currently work for Mingl Marketing and Comfort Media Group in Philadelphia, PA and I am a Township Supervisor in Kennett Township, PA.  I ran for the Pennsylvania House of representatives against an 18 year incumbent in 2014 and lost; I ran for Township Supervisor the next year and won, and was sworn in January 2, 2016. The term of office is 6 years.

My undergraduate degree is in Biology from the University of Pennsylvania and I have a JD from the Dickinson School of Law- Penn State. You can read my professional bio below, but what you probably want to know is this- How does a biology major become a digital media strategist?

In a nutshell, I started podcasting in 2005 because I wanted to create a show to talk about learning and learning disabilities, (The LD Podcast) because of the journey I went through with my own children, and how hard it was to come by serious, research-based information to try to make the best decisions possible for my kid’s education.  Both kids are in college now- one at Saint Joseph’s University and one at Penn State, and I’m proud to say we got through those middle school and high school years with our sanity intact.

The podcast made me a visible advocate for children with LD and I eventually collaborated with Jenifer Fox on a book for Jossey Bass called the Differentiated Instruction Book of Lists. It’s a bullet point How To of how to make sure every kid in a classroom can learn, and how teachers can help structure lessons so everyone from those struggling with LD to the smartest kids in the room benefit and don’t get bored.

My experience with podcasting and social media led me to start Podcamp Philadelphia after attending Podcamp Boston in 2006, and help organize other Podcamps on the East Coast, including Podcamp DC, Podcamp Boston, Podcamp NYC, Podcamp Web 2.0 and Podcamp East. I started to consult for businesses wanting to know more about this social media and search engine optimization “stuff” in 2007, and you can find my presentations here on my website, on Slideshare, or you can just ask and I’ll send you anything I still have on my hard drive 🙂

I started working for Mingl Marketing about 18 months ago, and their sister company, Comfort Media Group, primarily to work for someone while I was also running for office, which can do a number on anyone’s consulting business. Being a Township Supervisor and telecommuting are very compatible, and it’s allowed me to do both without sacrificing one for the sake of the other (at least to date.)

I’m passionate about helping our communities work better and more efficiently. Part of running for office was about helping the government move a little faster and respond more quickly to the voters and taxpayers. Little things, like putting together a new resident’s guide for our township and updating the website so it’s mobile friendly are just two quick examples of how we’re making our local community more accessible and “user friendly.”  We have a lot of work to do, but we’re on our way.

If you want to get involved in politics or run for office, please DO NOT hesitate to send me an email – LDpodcast (at) gmail.com. Regardless of what party you are with, people who want to get involved need a roadmap, and I’m happy to help. The more people are involved  in what’s going on in their own communities, the more they can help shape the future of the community- and we’ll all be better off if more voices and ideas are involved. Candidates for office also need help, so I’m happy to help be a matchmaker for this as well.

That Professional version- in case you need it

Here’s the boring, third person bio- circa 2014, before I ran for office, and started my new job with Mingl.  Try not to fall asleep when you read it. I’d update it, but everything above and my LinkedIn profile will bring you up to date.

Whitney recently published a book on the Differentiated Instruction for Jossey Bass Education with Jenifer Fox with whom she is also moderating a group for Edutopia (part of the George Lucas Education Foundation) for Personalized Learning and Differentiated Instruction.  Whitney produces the LD Podcast about learning and learning disabilities and OB GYN To Go, a podcast for medical resident education.

Whitney grew up in Rochester NY and met her husband, Matt while they were undergrads at the University of Pennsylvania where Whitney graduated with her BA in Developmental Biology. From there Whitney went to Dickinson Law School in Carlisle PA where she was on Law Review, and worked briefly for the firm, Friedman and Hoch, in Harrisburg. Following her husband’s completion of his OB/GYN residency, Whitney moved to Delaware where her husband began his career as an attending OB/GYN physician at Christiana Hospital.

From 1998 through 2005 Whitney worked for the law firm Madden & Patton, LLC in Newark DE and Washington DC, an agency that represented the International Association of Assembly Managers, a trade group that represents all the major stadiums, convention centers, and large theaters in the country, which involved lobbying, developing talking points and drafting legislation, as well as contributing to a book on public assembly facility issues.  One of the major projects involved helping to ensure public facilities complied with  the Americans with Disabilities Act, (ADA) and we designed a program for the NFL to ensure all of its events surrounding the Super Bowl each year were accessible to people with disabilities, including providing specially trained assistants for all events.  During this time, Whitney also sat on the Board for the Junior Board of Christiana Care, acting as assistant treasure followed by a term as treasurer, helping to mange the group’s finances and fund donations to support special projects at Christiana Care.

Whitney and her husband moved to Chadds Ford in 2004. They have two sons ages 19 and 15. As a parent with children in the Kennett Consolidated School District and as an expert, Whitney has assisted with the School District’s strategic planning and currently sits on the Technology and Professional Development Committees. She is also involved with tutoring, teaching classes on video and podcasting in the After the Bell after school program, and has worked on several PTO committees. Over the years Whitney has been a dependable volunteer with the Kennett Area Democrats helping with canvassing, phone banking, and poll watching whenever called upon.