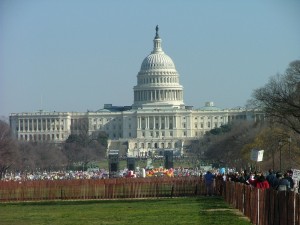 My kids are in 5th and 8th grade, and both are taking American History. As a result, I have been steeped in long discussions about tax policy with my kids, enough to give political pundits a run for their money, and I’m talking about tax policy back before our Country was born.

Let me explain-this may bore you to tears, but let’s see if I can make this a bit interesting.

Back in the 1760’s, The Brits got involved in the French and Indian war and had a huge deficit to pay afterwards, as well as pay for keeping a military presence in the colonies.  Parliament and the Crown felt the Colonies should start paying for some of its own defense, and started imposing new taxes on goods.  This annoyed the Colonists, not only because they didn’t want to pay taxes, but because they had no say in the taxes being imposed, and felt they were imposed without any discussion or input- ie. taxation without representation.

If you step back and take the British point of view, here were a group of people you were charged to defend, thousands of miles away from home, and they were good trading partners as well.  They should help pay for their own upkeep and protection, and should be grateful for it.  Seems reasonable.  They are asking for a say in what should be taxed and what shouldn’t, but that’s not really necessary, is it?  You know best, after all, and , what choice do they have?

To make a long story short, direct taxes on goods, like sales taxes,  didn’t work out too well.  Import duties didn’t seem to make the pill any easier to swallow, and was made even more bitter by proclamations that made Colonists responsible for sheltering, feeding and caring for the soldiers in their own homes.  Can you imagine having a barracks of military guys in your backyard?  Pretty crazy, huh?  Needless to say, all of this led to the Revolutionary War.

In this Country, to this very day, we seem to have a national aversion to taxes.  Yet the basis of taxation is to collect money to pay for things ranging from national defense to public schooling to national monuments and preservation.   I know my taxes go towards things I support, and things I don’t, but I also know that, unlike the colonists, we have elected representatives who are charged with making sure the best decisions possible for everyone are made.  They are charged with being the collective parents of the populous as a whole, deciding on how to budget the public’s money and put it to best use.

I have to trust that the Government and my representatives are in a better position to know who needs what and balance those needs than I can as an individual.  I don’t get a line-item veto about what I think is stupid and what I don’t.  I don’t get to privatize my taxes and vote what my contribution should go towards each year.  Why?  Because even in the age of Google, it’s impossible to have all the information you need to make perfect decisions.  I have to trust that my representatives are looking after what’s best for us and our State, and also balancing that against the needs of other States.

But this doesn’t seem to happen as often as we’d like.  We each want as big a piece of the pie as we can get, even if it means others lose out.  It’s like kids arguing about who gets the rose on the birthday cake- everyone wants what they want, and few people are mature enough to say- “Hey, it’s your turn now, I’ll take what I need when I’m in trouble and need a bit more.”

It’s a travesty that some States have great natural resources, and some don’t.  Some states have bigger cities, and bigger poverty problems, some don’t.  Some are constantly having issues with natural disasters, others, not as much.  But that’s the way it is.  The only equalizing force here is the federal government.  It’s in place to make sure that the kids growing up in Mississippi get a decent education, as well as the kids in New York.  It’s here to make sure the roads that link us all together are maintained.  It’s there to even the playing field, and make us United, rather than 50 separate small countries, which could have very well happened without the founding fathers.

(In this tax history lesson I’m getting, I learned that initially, every State was printing it’s own money.  You had to convert money when you went from Pennsylvania to New Jersey and then again if you went to Delaware or Maryland.  In one day’s time, I can regularly be in PA, DE, MD and sometimes even New Jersey. I can’t imagine having to change money that frequently.  It’s inefficient, and it’s part of what lead to the formation of a federal government.  In fact, this same sense of inefficiency is what’s led to the formation of the European Union.)

So the point of this history lesson is that as we discuss taxation in this election year, we have to remember it’s all about the greater good.  No one likes taxes, but I can’t possibly always balance the need of a new projector at a Planetarium and all the good that does for teaching kids about science and exploration, versus food stamps and additional money for he military or NASA.  I grew up near a planetarium, for example, and it helped sparked my life-long love of science, so I would always vote for that, but balancing the need and timing versus the need for other budgetary needs-not an easy task at all.  And that’s why we have our elected representatives trying to do this work for us as a while, every day.

Taxes are part and parcel of being United as a Country.  We each have to do our part to make sure things function.  For example, if we don’t work on the mortgage crisis, more families will be homeless.  This means more families needing public assistance, more crime, and even more negatives that will also cost money for shelters, welfare, and less independence for everyone involved.  It may seem like we should just let everyone hang for their bad choices, but what we avoid paying for up front costs us a lot more on the back end,  just like preventative health care saves more money by catching diseases early, before you need more serious and expensive care, like hospitalization.

The old chestnuts like “a penny saved is a penny earned”  and “an ounce of prevention is worth a pound of cure” are trite phrases, but they are all true.

So when people are out there trying to convince you that taxes are bad, and that you should know how to spend your money better than the federal government, think how much more expensive and onerous it would be to pay for police protection on your own; your own military, your own donations to charities, your own art galleries and public spaces, your own road paving and sewer systems and water supply, etc.  Consider how much public benefit you get each and every day but don’t take the time to appreciate.  And maybe, just maybe, we can take a little pride in doing our share, paying our taxes, and be grateful at how much we don’t have to worry about every day as a result.

I know I am grateful that Government is not a DIY process. I don’t have the time, and I am thankful others take the time to do all of this for me.  So take the time to vote, to have your say as to who you think will best represent you and your State in the federal government.  And when thinking about who to elect president, don’t think about what’s just best for you- think about what’s best for the most number of people, and who has the interest of everyone, not just a select few at heart.