Perspective- How do you see it? 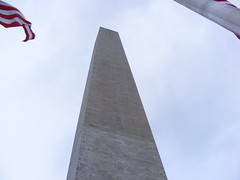 In law school, I finally realized that the determination of truth is often more subjective than objective. In the law, each side in a case presents their version or spin on the facts, with supporting documents in the form of cases and precedents, all trying to sway the Court and jury. The jury or Judge then must try to decide how to mete out justice, weighing all of the information, and trying to arrive at some melded version of the truth.

Similarly, as a parent, I regularly hear both sides of the case of “What Happened?” when there’s some incident involving my kids. For better or worse, I really do sit down with the kids, hear each child’s version of what happened, and try to help them realize that the “truth” as it were, stands somewhere between their two polar positions.

We see things differently based on a huge number of factors, mostly due to the filters we gradually install to help us interpret the world. These filters can range from religion, politics, morals and ethics, how we were raised, how much we disagree with our parent’s point of view, our friends, our families, our communities, our social and economic status, and finally from our own experiences over time. (And let’s not forget the tricky emotional overlays, just to make it even less clean.)

Realizing that all of this “stuff” frames our point of view, it can often be difficult to understand the point of view of others. It becomes very easy to judge and to render an opinion based on your own internal POV, but it becomes more difficult to see someone else’s, especially if you might have to change your mind and admit you might be wrong.

In the law, mediators and judges are in a position of trying to merge differing points of view into a workable solution. Sometimes, the case is clear cut, and there is a clear “right” point of view, other times, no one may clearly win or lose. In fact, judicial decisions are called Opinions for this very reason, and you can get a “second opinion” by appealing your case to a higher Court, to see if they agree. (Kind of like not getting the answer you want from your mom, so you go ask your Dad to make the final ruling on the matter.)

If i get into an argument or disagreement with someone, or I need to give someone less than great news, it’s normal for me to seek a second opinion from friends, just to make sure my point of view is not unduly skewed by my internal frames of reference. And while taking a poll is not any way to make a decision about anything, it does provide you with feedback and more objective points of view and help you figure out where you might be over-reacting, and may suggest other ways to view the situation that change your viewpoint completely.

For example, yesterday I was having a discussion with another mom about the use of meds for ADHD in kids. They come from a “meds are bad” perspective, and I have found personally that meds have helped my kids tremendously- a classic example of what seems like a polarizing debate. Yet after talking for a while, the other mom saw my perspective- the meds are a pill, not a skill, and they just help a child focus and control their attention, rather than let their attention wander about like a bored husband flipping through TV channels on a Sunday Afternoon. I also understand her perspective, but with supporting information from experts, she can begin to see mine as well. We may never agree totally on this issue, but we now understand each other’s position and are open to discussing it further.

At Podcamp Toronto this past weekend, there was a debate about whether ghost blogging was an acceptable practice. For anyone who might not understand that phrase, it means having someone write posts for you, but taking credit as if they were your own. Some people see this as nothing more than having a speech writer or having someone in the office draft a letter that you sign. Other people feel that ghosting can very easily lead to fraud and misrepresentation, and is dishonest, feeling that there’s nothing wrong with having guest posts on a blog- just attribute them to the real author.

Personally, I blog to give voice to my thoughts and opinions. No one else can do that for me. My blog also serves as a representation of my writing skills, and therefore it is part of my digital footprint and interactive resume on the web.

Since I ascribe to the WYSIWYG (what you see is what you get) principal anyway, it’s probably no surprise that I think ghost blogging is counter-productive for the blogger. You might be able to pay for killer blog posts from someone who may be a better writer than you are. But in the end, you are missing out on developing your skills as a writer, as well as misleading potential clients and business partners about your actual skill set. It’s a short cut that leaves you poorer in the end, rather like deciding not to take the time to change the oil in your car, and then finding out that the engine has frozen up and cracked as a result.

I’m not trying to assert that every CEO should blog personally on the company website- of course you should hire someone to do that, but let them have the voice and the credit for the work. The CEO doesn’t have to be the only one making a contribution, and by empowering other voices, you lend even more of that human relationship to the otherwise faceless monolith. And of course if the CEO leaves the company, you would then have the problem of having to deal with all of that stuff on the blog as well- better for it to be a distributed task for the company, and the company takes ownership of the content, apart from any one person writing the stuff.

Being honest works 99.9% of the time. Honesty itself comes with spin, of course- if your friend asks you how she looks in something, if it’s dreadful, you need to say something but spare feelings as well. I often approach this as “I’m not sure that’s as flattering as it could be, how about trying something else?” and then offer an alternative suggestion. You can be honest and not be cruel, and the tricky part is knowing when you need to be blunt and when you need to be gentle, whether it’s social or business.

You can’t avoid the truth, even if it’s often hard to pin down, and looks radically different depending on your own frames of reference. And for those who are willing to do things that hide and mascarade the truth, they often find the consequences of the cover up or avoidance have a much higher price tag attached than expected.

What do you think? How do we decide right and wrong? What do we do with the spectrum of gray?

We can’t all do everything- we all need to outsource parts of our lives- I don’t have chickens in my backyard, for example- I buy chicken parts at the grocery, significantly processed from “chicken on the hoof”, but I don’t find that “short cut’ inauthentic. Yet when it comes to the subject of ghost blogging, I find the “short cut” to be more like a lie, more inauthentic, and thus repugnant.

When are short cuts okay? When are they simply wrong or lazy? An dhow do we figure out which is which in a world where the boundaries seem fuzzier than ever before?