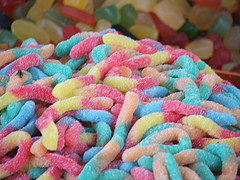 There’s nothing more frustrating than feeling powerless.  But what’s more tragic is when people actually have the tools at hand to change their situation, but feel trapped or unable to act.   Psychologists call this learned helplessness.  One of the best books I’ve read lately, Brain Rules by Dr. John J. Medina, has a great chapter about this subject, and how learned helplessness contributes significantly to depression.

Dr. Medina talks specifically about Learned Helplessness in his chapter on stress.  From the brain and body’s perspective, stress can be defined as having three critical components- 1) the cause of the stress  produces a physiological change in the body; 2) you’d avoid this stressor or experience if you could, and 3) You don’t feel in control of the stressor.   For example,  one person might find a rollercoaster stressful because they can’t get off when they’ve had enough, but another person enjoys the ride, because it’s exactly what they bargained for in the first place, even though the bodily and mental changes during the ride for each person may be nearly identical.

Learned helplessness comes about when people feel victimized or particularly pessimistic.  This negative mindset prevents people from seeing potential solutions to their problems.  Instead, they find all the reasons in the world why they can’t do something, or why they feel trapped.  We’ve all had moments like these, where we may not like our job or a teacher, but feel powerless to change the status quo.  We tell ourselves we need to stay in this job and won’t be able to find another one as good, even though we hate it.  However, as long as we feel trapped and discouraged, we’ll never get out of this negative situation into anything better- we merely accept that this is all we deserve.  It’s what we call around our house the “might as well go eat worms” attitude.

My husband got to this point with his job a number of years ago.  He felt frustrated, and contemplated leaving.  He submitted his resume and and went on some interviews.  He almost took a new job at another hospital, but instead, stayed where he was, after negotiating new and different responsibilities with his boss.  He didn’t go look for a new job to blackmail his boss into compromise, though.  The process of looking for and finding another possible job served to change his mindset about the benefits of his current position to what else was available.  It made him feel wanted and appreciated where he was, and that someone else at a new place appreciated his talents and skills as well.   The experience changed his whole feeling of being trapped into one where he felt he had the power to make decisions about his destiny.

With kids who struggle in school or with learning disabilities, parents, teachers and administrators often throw a lot of accomodations, ideas and solutions at a kid, hoping that something will stick.  We hope they will begin to understand why organization and study skills are important.  We hope they’ll believe what we tell them.  We want to scaffold their skills and help them succeed.  But in the end, the kid has to do the work on their own.  They have to use the skills you try to help them develop.  And at some point, they have to fly on their own, without you waiting there to catch their every mistake or failure.Yet, some kids developa learned helplessness attitude, because someone is always stepping in to save the day, and they don’t feel like they have any responsibility for their success or their failures- it was all external to them.

In that catch-22 way of the world, one of the biggest ways to get over learned helplessness is success.  The more a child has small successes on their own, the more they are encouraged to try new things, stretch a bit, and see what they can do.  While it can be challenging to help a kid who has developed this failure attitude to turn it around, it’s absolutely vital.

There’s another great book out there for parents of kids  who struggle with this, called The Shut Down Learner, Helping Your Academically Discouraged Child by Dr. Richard Selznick, PhD.  I have an interview with Rich coming up on the LD Podcast, and we talk about ways to help kids who simply have turned off and feel at a loss to where to begin to find success in school.  The Shut Down Learner is also about kids who feel stress about school, who feel out of control, and don’t know how to change this mindset that makes them feel trapped and frustrated every day.  These are kids who are experiencing learned helpessness and may be prone to depression as a result, because they don’t feel any power to control their lives or situation.

While helping a child see the light at the end of the tunnel and find the bright spots where they can shine can be difficult, it’s absolutely critical to their development.  It’s equally as critical for us to help our friends to see their way out of the darkness in their own lives, if we can.  But in each case, what needs to happen is just find a place to begin, to start, to try, and give it a shot.

After all, what do you have to lose?