Demystifying Search and the Google-Bing Debacle 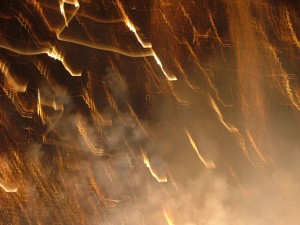 The most entertaining item to geeks in this morning’s news has to be Google’s accusation that Microsoft’s Bing search engine competitor is hijacking Google search results.  (The BBC has a good article about it here).

Explaining how search works to most layman can rapidly get complex and confusing.  In a nutshell, the point of search engines is to try to provide you with the best and most relevant results to your questions when you ask them.  They look at all the question asked, and all the websites they look at, and try to find the best matches possible.  It’s a bit of a guessing game as to what you really want to find, but the search engines also look at what you clicked, whether you spent any time there or moved on to another result, and next time, they try to do a slightly better job for the person looking for the same thing.  It’s a bit like a fancy store, where you ask for an item and they bring an assortment of stuff to you from the storeroom, and ask you which one suits your needs the best.

This is why tagging your blog posts and knowing what other people are looking for are important elements when you’re trying to get noticed in search engines.  You need to both use words people are looking for, while providing information people want, and the better you do your job of letting search engines know what’s on your site, the more likely it is they will deliver this results to people who are searching for you.  This is basically what’s at the heart of Search Engine Optimization- trying to make sure your information is available and tagged in such a way that the search engines can find it and deliver it quickly as the best match to someone looking for your work/services/product.

So the fact that Google set up a “sting” to see if Microsoft was basically hijacking Google search results and  using those as a marker for what it should say is most important or relevant is pretty interesting.  Google was trying to test whether Microsoft was using its own internal set of “signals” to determine whether a website or post was good or bad, or whether Bing was merely repackaging Google Results under their brand, with  few tweeks.  Google maintains it caught Microsoft doing this, and Microsoft is in denial.

Google has been working on using things other than text to ensure relevant results.  I have long suspected the whole point of Google Voice and its “correction/transcription” mechanism and even of Android is to help Google perfect an audio and video search algorithm that will allow it to add the contents of such things like YouTube Videos and podcasts into its search.  That way, you would not get just text-filled results, but equally potentially relevant multimedia content when you search.    It seems likely that Microsoft is going to be doing the same thing with the new Windows phones, and is using data through Internet Explorer to mine your computer for info on what you’re interested in, trying to give you better results.  Each company is equally using the data you give it to try to do a better job.  Each is “guilty” of exploiting its users for info, so there’s a tie there.

However- here’s the big deal-If Microsoft has decided, rather than really looking at a better way to get you to what it sees as the best information, it will instead just look at Google’s interpretation of the best information, there’s no real advantage to Bing over Google, and moreover, the search results will likely be similar to identical. Moreover, if this is hijacking, it means Microsoft is not really developing anything new here, and all it’s really doing is essentially copying the answers from the kid next to them in class.  It causes greater concern for the lack of innovation coming out of Microsoft as a company, and the fact it doesn’t have the infrastructure to invent anything truly new, it’s just copying and mass marketing the stuff other folks are doing, like a Hong Kong manufacturer knocking off Kate Spade and Coach bags and selling them on the streets of New York.

It’s one of those things you find out and it damages the reputation of a company who is already seen as not moving forward, and another signal that they’re not inventing the future so much as repurposing other people’s vision of that future and trying to make it look like their own.  It’s kind of sad, but it also tells me that I wouldn’t make any long term bets on Microsoft returning to the top tech company any time soon, no matter how much of an improvement Office 2011 may actually be.

What do you think?  Will this harm Microsoft long term, or is it merely a geek fight- keyboards at 10 paces at high noon?