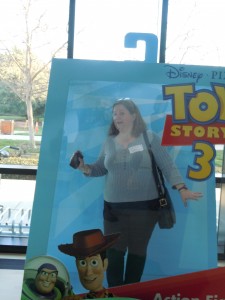 I’ve been on Twitter since October 24, 2006. My “twitter user number” is 10,233, meaning I’m the 10,233rd person to sign up for Twitter. Chris Brogan got me to join (his twitter number is 10,202) when he emailed a bunch of us about it a little over a month after the first Podcamp Boston. Back then, it seemed amazing that all of us who had shared this intense Podcamp Boston experience could communicate quickly and easily, despite living all over the Country. The communication was fun and coffee shop like. It was novel and fun. Hashtags, shortened links and more hadn’t become an issue, and the @ tweets were just like trying to get one person’s attention. Facebook was limited to college students still, and wasn’t even part of the geekarati hang outs yet. Most of the Podcamp connected folks would show up on the “Twitter Poster” top 100 twitter users, along with a bunch of silicon valley folks.

By the time Podcamp NYC rolled around in April of 2007, I had to worry about getting too many twitter updates by text and having to pay a fortune as a result- in the old days of limited texting and before the iphone and mobile internet were ubiquitous. We had over 1000 people sign up for Podcamp NYC and about 625 show up, including folks who came over from the UK to attend. It was a heady time, indeed.

Flash forward to 2011. Twitaholic reports the most popular twitter users, and the first “geek” that appears on this list of main stream celebrities is Pete Cashmore of Mashable at #56. The rest of the top users looks like a list of People Magazine/TMZ top favorites, by and large. This isn’t surprising given that when I polled a Finance Class at a local university where I was a guest speaker a year or so ago, only a handful of college students were on Twitter, and they were largely following celebrities and using as their National Enquirer.

Twitter has changed over time. It’s not just where the A/V club hangs out anymore. We would follow our real life friends, and people we met at conferences, as a way to keep in touch. It became an international hang out to keep in touch with people we wouldn’t otherwise talk to as frequently. It kept friendships alive and people in touch in a low-cost, high-benefit manner. Reciprocity with friends and followers was much debated, and people would look at the ratios of friends to followers as a measure of how social, antisocial, attention hungry, or desperate you might be.

I think friend and follower ratios have to be re-thought as a metric that tells you anything meaningful these days. When I was going through my friends lists to see whether I needed to pare it down to raise the signal to noise level, I found out that the people who aren’t following me back are largely news organizations, governmental organizations, local businesses and others where I want to know what’s going on in their world or industry, but don’t really need or want them to follow me back in some large gambit to appear either more popular or engaged. I want to know, for example, what the CDC is up to, but they don’t need to hear about my world, so I don’t take any offense to this mismatch.

But if we’re entering a new world with programs like Twitter, and external value measures like Klout and PeerIndex giving anyone who wants them “numbers” about how we conduct our lives on these networks, people who dabble in marketing and PR should probably be aware of what these metrics say about them. Just like having any other Google Alert or listening post set up to monitor what people say about you, do you need to know what these numbers say, what they mean, and what actions you take go into changing them? Probably, at least a little.

Yet if we look at who people follow, just as numbers, rather than looking at whys, or strategy or deeper meaning, we really learn nothing useful about them. I used to basically not follow anyone back I didn’t know, and then I realized I was missing out on lots of possible relationships that might be helpful, if I took a more open approach.

If you look at the people I follow on Twitter, it’s generally a combination of friends, people I’ve met at conferences, people and businesses in Delaware and Philly (my “hood”), places I’ve gone or am intending to go, business contacts, people and businesses I want to learn about, fellow members of the bar, social media types, teachers and folks I can help- there are many distinct groups and social circles I cultivate, all for very different reasons and to stay “in the know” as much as possible.

This means my ratio of friends and followers is no longer “in sync” and I’m starting to follow more people than are following me. But given the number of broadcast-only channels available on twitter, this one to one metric on friends and followers is no longer the same metric is was back in the day. The rules about Twitter and how to use it continue to evolve, as the numbers and types of people on Twitter continues to evolve. And it means I’m going to go ahead and follow people to get news and hope to interact and add value, regardless if the feeling is always mutual. I will follow people because I think there’s value or potential value there, not just a quid pro quo in a quest to increase stats.

As we look at Twitter, what it’s good for, the “right” way to use it, and what all these numbers mean, I think we’re going to have to continually evaluate that the ground rules change as the audience changes and evolves as well.

Metcalf’s law tells us the more nodes, the more value there is in the network, and as Twitter evolves, it’s the power and diversity of your network, and well as the strength of those ties – the mutual exchange value of those ties- that provide the worth. But much of the perceived value of influence (and any attached metric) is just a guess at what the real emotions are that people feel when they connect or their friends recommend things to them. I’m not sure we’ll ever really know how influential and meaningful we are to people, but I know that the numbers don’t tell the whole story of the value we each add or extract from the network as a whole. That’s something only the individual can really know, and I, for one, will not let these numbers or old rules about balance or ratios rule what I do on these networks.

As my dear friend CC Chapman says- Rules are like rubber bands- time to go out and stretch and even break a few. The old rules are not the rules that apply now, and wisdom lies in knowing which ones to throw out and when. Make sure you let your “hard and fast” rules change and evolve, and take all of that advice everyone hands out with a grain of salt. Do what’s best for you, and experiment. Without that, you are looking for cookie cutter results in an improv world.