Understanding “We Won’t Defend the Law” 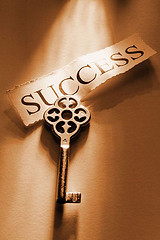 NPR had a great “Talk of the Nation” show today, discussing the uncertain future of the Defense of Marriage Act, and the recent announcement by the Administration that it “won’t defend” the law. This is confusing to many people, and has been taken by some to mean the Administration is deciding to “cherry pick” which laws it will enforce and which it will not. To clear up the confusion, let me explain a little bit about law suits.

You can, in fact, sue anybody over anything at any time. However, that doesn’t guarantee you will win, or that the Court won’t throw out your case as “frivolous”. (In fact, if you sue about something silly, like the fact that your peanut butter sandwich was 5 minutes late from the deli, the Court may even fine you for being ridiculous, but I digress.)In order to be a least minimally successful in Court, you have to have a few pre-requisites.

1. There has to be a “case in controversy”. You have to have been wronged for the Court to hear your case. There has to be real harm, or the imminent potential for harm to be done without the Court sorting things out for you. You can’t go to Court on a hypothetical- there has to be a real “injury, wrong or harm”. For lay people, see this as the “Don’t waste our time, and come back when something really is wrong” condition.

2. The Case must be filed in a Court of “competent jurisdiction”. This means that any ruling a Judge makes must be enforceable against the parties involved. You can sue anyone in your own State in your State’s court, but you can’t sue your next door neighbor in Florida in Delaware’s courts because you like their laws better. That’s called “forum shopping”, and it’s frowned upon. When someone from one State sues someone from a different state, that matter sometimes goes to the Federal Court, if it reaches their threshold requirements, because it involves settling which laws of which State apply between the people involved, and it’s sort of assumed each person’s own State court might play favorites, insisting their law is cooler and better than the other ones, so the “mom” a.k.a. the federal Courts step in to settle the thing. In the end, you gotta be in a Court where the Judge can grant you what you want and enforce it.

3. There has to be a “Cause of Action.” Like #1, there has to be a reason why you are in Court. Did you get hurt? Did someone break a contract? Are they about to knock down your house without a reason to do so? You have to be able to make an argument about why you need the Court’s help. For a Cause of Action, you usually need:
-Duty- Somebody was supposed to do something (or not do something)
– There was a breach of that duty. Someone screwed up and did or did not do what they promised.
-The breach of their responsibility caused or will cause harm. Whatever they did or did not do caused you to lose money, opportunities, etc.
-Causation. The breach of the duty caused the harm you are alleging.

Without each of these four elements, you are unlikely to win your case. For example, if I sign a contract, I have a duty to do what I promised. If I don’t, I have breached that contract. But if my failure to, say, salt my sidewalk in front of a business didn’t do any harm, then I have no problem at all. If a customer slips and falls, you have, duty, breach, and causation, but if the person wasn’t really hurt or was just off balance for a moment, then there is no harm, and there’s no case for compensation. Get it?

The Obama Administration as the Executive branch is in charge of enforcing all the laws in the land. But it doesn’t have to believe that every law is constitutional. It’s obligated to enforce any law made by congress, but if the Government is sued over that enforcement, alleging the law is not constitutional, the Government can do two things: 1) defend the law before the Court as Constitutional or 2) Say, “Yup, You’re right.” and not defend the law, and instead, do whatever the Court directs it to do. So let’s make this more relevant. If I sue you for failing to salt your sidewalk in front of your store, and I hurt myself, you can do two things: 1) defend yourself, saying anything from “It wasn’t my job to salt it” to “You sue anybody and I think you’re faking it” to “You weren’t hurt so there’s no damages”, just to name a few defenses, OR 2) Say “Yup, you’re right, my bad” and settle the claim out of Court or ask the Judge to tell you what to do to make this thing go away.

Recently, based on a law that requires them to report to Congress when it chooses not to defend a law, the Administration stated it would not defend The Defense of Marriage Act if any such case were brought against the Government. Confused? Here’s the case in a nutshell.

Two women got married in State X where gay marriage was allowed. One of the partners died.

[The federal tax laws has different rules for what happens to the stuff a person leaves behind, and there are tax advantages to being married, where property passes from one person to another “by operation of law” and doesn’t “yield a taxable event”, meaning when you die, all your stuff can go to your surviving spouse, largely, tax free. That spouse’s estate however will have to pay tax when that person dies.]

Since the Defense of Marriage Act denies the Federal Government from recognizing gay marriage, the tax laws look at this as if one partner just left all their stuff to a stranger, and there is tax owed- no “spousal privilege.” In this case, it meant the surviving partner would owe $350,000 in taxes, a big potential harm, if this law is enforced. So the surviving partner has to put this money aside for the IRS and in the meantime, take the Government to Court, saying “Look, we were married by a Court of Competent Jurisdiction, and by not treating us as married, you are violating our right to be treated like every other married couple,” violating their right to equal protection under the US Constitution. The Government is essentially saying that “Yup, we think you’re right” and will take whatever action the Court directs it to, rather than defend the law in question. They’ve collected the money (enforcement) but haven’t said they think the law is fair.(defending it in Court.) So now it will be up to Congress to find their own Counsel if they choose to defend the law in Court.

This is definitely weird and hard for people to understand, and I hope this has made it a little easier. But for goodness sake’s this does not mean, AT ALL that the president is cherry picking laws to enforce or anything else that is being said on conservative radio. And I hate it when this sort of nuanced stuff comes up, because it becomes ripe for rhetoric and hyperbole that makes the issue more confusing, not less. And if anything, we should strive for everyone to understand the law- the rules of the game, so to speak, and for everyone to know what’s fair and what’s not. That’s the basis of democracy.