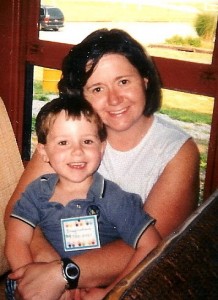 Through all of my education, the one thing I’ve always been passionate about is the brain and learning. As it turns out, this is hugely important, because if you know why someone does something- down to the biochemical level, if need be- you can make better and more accurate predictions about what they’re going to do in any given situation. This is why books like Dan Ariely’s Predictably Irrational are so interesting- they let us know when we might make an illogical choice, but do so for other hard-wired reasons.

So when I read that Andy Rubin from Google thought Siri on the iPhone was silly and that you should be talking to the person at the other end of the phone rather than the phone itself, I knew he didn’t quite get it.

Humans have a need to be social and to communicate with others.  this is why the social web has blossomed- people can get answers and talk to people anytime, anywhere- the connectedness to even strangers has increased exponentially.  Siri, the AI Virtual assistant on the phone, is just another Twitter friend who can look something up for you you were too lazy to do on your own.  She responds when you ask something, and you aren’t placing the same social burden on your network, or husband or anybody else you might have do this task for you.  It’s having an extra pair of hands.  And the social interaction hits all of our hard-wiring which has us anthropomorphize everything else in our lives.

Andy Rubin seems to forget that people name their cars, yell at the microwave, and develop emotional attachments to teddy bears even long after they know the object is not real and not human.  We are hard wired in our brains to care, to show empathy and to form attachments to others.  We thrive on communication.  This is why the most severe punishments for people are solitary confinement or shunning from a community.

Siri gives our brains the information without reciprocal obligation- it’s a stress-free relationship.  It lets us go where we want to go anyway- which is to form an attachment and a caring for our stuff.  We love our pets- even the ones I don’t understand, like the kid who loves his pet tarantula, and they are not human, but they are interactive on some level.  Likewise, I know plenty of folks who look at the loss of a beloved object as a heart wrenching experience.  For example, if you lost a piece of jewelry given to you by a grandparent, this brings up feelings of loss clearly associated with the symbolism of the object, and your associations of this with your grandparent, not the object itself, hence the loss is personal in a way it would not be if you lost a pencil to which you do not have the same attachment.

Humans are all about attachment, and attachments happen naturally without our even knowing why.  When I first saw my children after they were born, I fell in love instantly, despite not “knowing them”- it’s hard-wired.  And people are falling in love with their gadgets for the same reason- we have a thing that does what we want it to, without complaint, and the voice just ups the ante in the anthropomorphizing game.

AI and Voice Recognition on this level will be a game changer.  Don’t underestimate its power.  We’re all hard-wired to love it,  victims of our own evolutionary design.