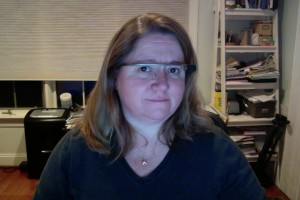 I got an invitation late last week to become a Google Glass Explorer.  Google Glass is probably best described as a pair of “glasses” you can wear with a video display and hands-free computer functionality.  It’s still in Beta, and you have to receive an invitation in order to be able to purchase one of these headsets, for the steep price of $1500.  The invitation itself reads a bit like a Mafia offer- You have seven days from the receipt of the email to make a purchase, and if you decide not to, they also want to know why.  Since it is not a trivial amount of money, the prospect was a bit daunting, so I turned to friends and people on Cinch to see what others thought.

People who are part of the Explorers program generally say that if you are a technophile or a developer, Glass is definitely worth it.  If you are looking for a regular consumer product, helping Google work out the bugs while paying handsomely for the privilege may not be what you have in mind, was the general consensus.

I decided to bite the bullet, thinking that having an early adopter advantage on this technology was worth it, and hoping it would turn out to be more than Siri with Video.

So far, Glass is intriguing in ways I’m only starting to understand.  It feels like a paradigm shift.  Unlike the other wearables like the Pebble Watch or the Galaxy gear, you really can use Google Glass while walking around with your hands in your pocket.  A simple tilt up of your head turns glass on, and voice commands or a simple swipe on the template can  allow you to take photos or videos and share them out to friends or on social networks, make a video call, and with Glass apps, even get cooking directions or YouTube videos streamed to you.

Glass does require a robust internet connection beyond just bluetooth to work best.  I have iOS devices, so additional support is supposed to be coming this week to make the connectivity and customization of Glass even better, but it’s been pretty easy so far.  When walking around University City in Philadelphia yesterday, I took a number of pictures and shared them out and found out I accidentally made a video call or two while showing someone else how to use them- but the feedback from the inadvertent callers was that the video was crystal clear.  The pictures didn’t upload to my networks until I reached home, since connecting to additional networks requires taking a picture of QR code through Glass generated by the MyGlass website or app, and I don’t yet have that for my iphone.

Glass itself is easy and comfortable to wear.  It took a day or so to adjust to seeing the screen with and without my normal prescription eyeglasses, and I understand it will be possible in the next year to get prescription lens support, which will be great for those of us who are *cough* north of forty.  The battery life is pretty good and lasted the better part of the day, but I could see running the battery down quickly if you were shooting a lot of video.

Walking around “in the wild” with Glass, only one person asked me specifically if I was wearing Google Glass, and a fun conversation started with customers at our lunch stop.   I did get a bunch of curious looks and second glances, but it wasn’t too weird.  My kid did, however, forbid me from wearing them into the music shop for his Guitar lesson, so I guess that says something as well.

I’m intrigued by Glass and the things that it may be able to do.  Clearly, Point of View cameras like Gopro are much better suited for outdoor sports than Glass.  But if you ever wanted to scout a location for a business or video, view real estate when a spouse was out looking at homes miles away, take kids on a virtual field trip or see how they were solving a problem, Glass puts you in that other person’s shoes quite effectively.  It might be great for secret shoppers, or seeing how users really interact with your website beyond just the clicks.   Marketers and product testers might love it, to find out how consumers are really experiencing their products or stores, just by watching the video from the person’s POV.

From a legal perspective, there’s been talk how something like Glass would give a more accurate representation of an Officer’s encounter with a suspect, or view a building’s layout before going in during a dangerous situation.  Or what would happen if you could, as an EMT, get immediate access to a patient’s electronic medical record, or be coached through CPR or emergency procedures if you are a civilian in touch with 911.  However, all of these intriguing possibilities depend on really having easy and continuous dependable access to broadband capability wherever you are, without having to sign into new networks, which is not the case right now.

Glass makes the concept of Augmented Reality more real than ever before.  I always thought AR and seeing embedded information about your neighborhood through your phone was intriguing, but I don’t often want to hold up my phone at arm’s length, worrying about the lighting, in the middle of a busy street corner.  With Glass, that information is simply streamed to the screen above your right eye.  Apps that automatically can translate signs from one language to another are available, bringing up loads of possibilities not only with travel, but for people working in the field- NGO’s, researchers, the military.

While there are options to overlap maps on the screen while you’re running or skiing, I can’t recommend using Glass while driving- it is very distracting.  If you are a passenger- no problem- but if you are a driver- not a good option, and there’s no good reason to have it on while driving.

Glass is the first piece of tech since the iPad/iPhone that feels like it has the potential to change the paradigm.  The iPad gave us mobile screens and computing we could carry everywhere and also share with others, making computers both more social and portable than they were with laptops.  Glass takes you back to a private world that only you see, but one that you can also share quickly through social networks – G+, Twitter, Facebook and Path.  I think Glass may be the lever that tips me towards using Google Plus more, because its integration is so simple.

I’m eager to continue exploring the possibilities Glass holds, and sharing that with you.