What Do We Want From Government? 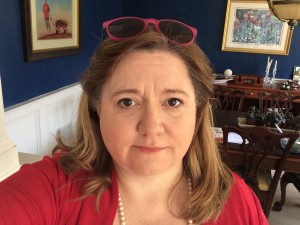 Before I decided to run for office, I was pretty content sitting on the sidelines, complaining about the various decisions made by governmental officials at every level.  Politics was a sport, and I viewed it mostly from the cheap seats, although when the elections came around, I volunteered with our local democratic committee, making phone calls, doing some canvassing, and working as a poll watcher on election day. I’ve been sympathetic to friends complaining about our taxes, and what they were being used for; worrying that the money often seemed wasted or used on projects that seemed to have little direct value.  But I also know that many functions of Government, whether it’s supporting first responders, emergency management, taking care of road maintenance, providing assistance to the poor, and more- are just not as efficiently done without governmental organizations there to coordinate a response. For example, Kennett Township  has done an exemplary job during the ice storm this year keeping citizens apprised of road closures, emergency shelters,  progress made on restoration of power, and advice on when to shut off water supplies.  They continue to use email to keep folks informed of upcoming community meetings and issues before the township in a non-partisan way.  It is such an improvement in communication, I think many other townships should take this as an example of how to keep folks informed and help them see their tax dollars at work.  This sort of communication is hard to do in a crisis, but that’s exactly when you need it, especially in our area when we don’t get that much attention from the major media outlets located in Philadelphia and Lancaster. When folks are disaffected with 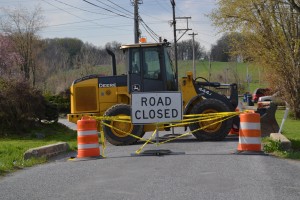 Government, it’s often because we take for granted what it provides in our everyday lives.  For example, my opponent in the PA House of Representatives race, Steve Barrar , was the only State Representative in Delaware County to vote against the Transportation Bill that helps provide money to repair roads and bridges. We had two bridges closed this week in the Kennett area- one on Thompson road just in front of the Golf Better Center 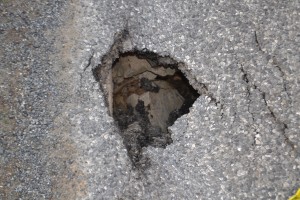 – which has got to be devastating for this business just as Golf Season really gets underway. 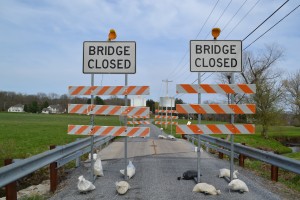 You can even see the depression of the roadway and a hole through the bridge into the small creek below. The Burnt Mill Bridge closure will be redirecting school busses and increasing commute times, even before the flooding that has occurred this week.  This will also force more traffic over other smaller bridges, like the Spring Mill Bridge, making it more susceptible to damage as well. The bridge over the Brandywine Creek in Pocopson- a popular “back way” up into West Chester, has such a rough surface, it looks more like a test track for four wheel drive vehicles, and has about a 50/50 split between road surface and pot holes.  I called our current State Representative, Chris Ross’s office, and they said that the whole bridge would need to be taken down to the deck and resurfaced in order to be repaired, but in the meantime, this is causing plenty of traffic delays for anyone heading to and from West Chester. Even conservative US Senator Pat Toomey has said that funding road and bridge repair is an essential government function, and Pennsylvania has the highest number of structurally deficient bridges- 23% – in the Nation.  Plus, anyone who lives locally knows we have bridges of all shapes and sizes just about everywhere- many which have not fared well in recent winters and severe flooding. We are all inconvenienced when roads are closed, detours put in place, and traffic on just a few roads becomes almost impossible. We all know you can’t simply privatize infrastructure repair, and that we all benefit from having functioning roads and bridges. We clearly need better representation in Harrisburg, and to have someone who is willing to support funding for much needed infrastructure repairs.  It’s times like these that I simply don’t understand what my opponent was thinking when he made that vote, against the clear interests of his constituents.  It certainly helps me to know that I am doing the right thing running for office, and that I can, and will, do better.