The Biggest Day So Far 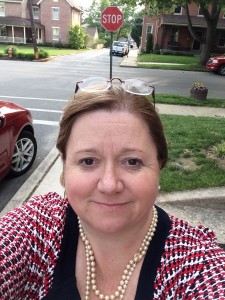 Yesterday was Primary Day in Pennsylvania, and as a first time candidate, it was a great opportunity to go to every single polling place in the District, meet the volunteers, and talk with folks on both sides about what’s important to them.  It was the best way to get a visceral sense of every area in my District, on the ground, in person.  More on that below, but first, the best thing that happened yesterday by far:

US District Court Judge John E. Jones III in Pennsylvania declared the Commonwealth’s ban on gay marriage unconstitutional, and marriage licenses have already been issued. (you can read the full text of the decision here.)  The Corbett administration has 30 days to appeal the decision, and I hope they will see the wisdom in the Judge’s decision and let the ruling stand.  Here is an excerpt from the opinion:

“We are a better people than what these laws represent, and it is time to discard them onto the ash heap of history.  By virtue of this ruling, same-sex couples who seek to marry in Pennsylvania may do so, and already married same-sex couples will be recognized as such in the Commonwealth.”

When Pennsylvania amended its laws back in 1996 to prohibit same sex marriage, and its overwhelming passage by both chambers, I thought it was an embarrassment.  Why would a State, known as the cradle of liberty, where the Declaration of Independence and Constitution were signed, want to become the home of intolerance and injustice?

When I was growing up, our family had many friends, including a number of same sex couples.  I grew up knowing that these families were exactly the same as my own- full of people who loved each other and were committed to each other, just like my own more traditional family.  We grew up believing that while some people viewed these relationships through a religious lens as lesser or immoral, everything in our experience showed otherwise. There were actually more divorces, drama, and relationship upheavals with traditional heterosexual couples than in many of the same sex couples we knew.

I was thrilled to be endorsed by Equality PA recently, and to be able to share my views with them.  This is an issue that has made Pennsylvania look petty and backwards, and yesterday, we took a huge step forwards towards making the American dream of freedom and equality for everyone under the law a reality.  Let’s hope the Corbett administration will understand this, and I will make altering the letter of the 1996 law a first priority, if the legislature has not already acted before the election.

Back to The Primary:

First thing after I voted in the morning, I stopped by a local WaWa to get gas and a soda before hitting the polling places.  I reminded the clerks and people in the store to vote- many of them had forgotten it was Primary Day and some said they never bothered to vote.  That’s when I turn to the Great Molly Ivins for inspiration.  Here is a quote from one of her books, that I’ve slightly modified to reflect PA rather than Texas:

When did politics become about them- those people in DC or in [Harrisburg]- instead of about us?  We own it, we run it; we tell them what to do; it’s our country, not theirs.  They are just the people we hired to drive the bus for a while. …

I hear people say “I’m just not interested in politics” “Oh, they’re all crooks , anyway.” or “There’s nothing I can do.”

I know where this cynicism comes from, and I would not presume to tell you it’s misplaced.  The system is so screwed up, if you think it’s not worth participating in, then give yourself credit for being alert.  But not for being smart.How smart is it to throw away power? How smart is it to throw away the most magnificent political legacy any people have ever received? It is our birthright; we are the heirs; we get it just for being born here. …

You have more political power than 99 percent of all the people who have ever lived on this planet.  You can not only vote, you can register other people to vote, round up your friends, get out and do political education, talk to people, laugh with people, call the radio, write the paper, write your elected representative, use your email list, put up signs, march, volunteer and raise hell.  All your life, no matter what else you do- butcher, baker, beggarman thief; doctor, lawyer, Indian chief- you have another job, another responsibility- you are a citizen.  It is an obligation that requires attention and effort.  And on top of that, you should make it a hell of a lot of fun. “

When you look at the ridiculously low turn out in a closed primary, even for the Democrats who had four potential gubernatorial candidates to choose from, to challenge Gov. Corbett in the fall, it’s tragic.  We have very few responsibilities as citizens.  Voting is one of them.   Talking to people from both sides of the aisle at the polls yesterday, the constant refrain was about the disappointing turn out, and what we could do to get citizens to become voters.  Everyone joked about revoking someone’s complaining license the moment you find out they didn’t bother to vote, but we all know how difficult this would be to enforce.

My favorite calls to make to voters are Get Out The Vote calls.  As a mom, I know how you can get busy and putting the voting errand on your list can seem like a chore rather than a privilege.  I don’t care what party you belong to- Democrat, Republican, Libertarian, Green, or the “I like to Party” Party- it does not matter.  What does matter is participating in the process.  Not participating is giving up without a fight, and that’s not a lesson I want my kids to learn.

I understand having a disgust with the system.  It was the biggest issue I wrestled with when deciding to run for office.  For example, a voter who spoke to both democrat and republican tables yesterday in Kennett Square, complaining about campaign finance, was exactly right.  The money spent on flyers, direct mail, signs, etc. could be much better used to help our schools, fix our streets – you name a way it could be better spent, and I will agree with you 100%.  However, in order to spend less money and less time raising money in politics, we have to have an engaged electorate that does not need to be cajoled into going to the polls every time an election of any size occurs.  Outside of offering chotchkes, a piece of candy, or an “I Voted” sticker at party tables outside a polling place, voting does not offer a Happy Meal prize.  You have to do it because it’s an expression of your opinion and will as a citizen, and if not, you are giving up your power and voice willingly.

I always have made it a point to bring my kids with me, so they have a chance to see democracy in action, and to help them develop the habit of voting early on.  It’s also a great time to meet neighbors, talk about what’s going on in the community, and to meet the community organizers.  The folks who set up tables for the parties, distribute candidate information, and try to make sure you are an informed voter, are also the people who will have the greatest effect on your life, whether you know it or not.  These are the people who help find candidates for office in the first place.  If you are disappointed with the folks who decide to become candidates, the place to start is to talk to your local political committee people, and make a difference there.  To be honest, they are also some of the brightest, passionate, engaging and fun people I know, and I urge you to go to just one meeting of any flavor, even a cause- based meeting for something you care about.  This is where making a difference really starts.

What I love most about running for office is getting to know my community so much better than ever before.  In the process, I am asking them to have faith and trust that I can represent their interests in Harrisburg and make a difference in their lives.  It’s a big ask, especially when people are generally disgusted with the petty arguments reported in the news every day.

I think we’ve seen in the national and local debate over gay marriage, that political involvement and voice does make a difference.  We have moved the debate on equal rights for the LGBT community forward with greater speed than many ever predicted, and probably much faster than many are comfortable with.  What does matter is that if you are willing to take a stand and make your voice heard, we can move mountains, and sometimes much faster than we ever thought possible.

If you don’t participate, don’t expect the system to get better by magic on its own.  People in power and seeking to make a difference listen to those who speak up and get involved.  They care enough to make their voice heard.  They are the squeaky wheel that will get the attention.  The silent are not doing anything to be counted, and as a result, are left to deal with the consequences of their own inaction.

I would love to hear why you vote, or decide not to.  How could we make the process of voting better?  This is less of a question about convenience, than it is about making sure people are informed voters.  We could let people vote by text, for example, but making it as convenient as voting for American Idol would not really help people become more informed and intelligent voters.  All we would get then is a visceral popularity contest, and I personally fear for a government made up of people who spend most of their time trying to make it on Gawker or Buzzfeed.

Let’s have an open discussion- we will be setting up some community forums on Google Plus within the next week or so, and publicize them here, on Facebook and over at WhitneyforPA160.com.   Instead of trying to pretend these issues don’t exist, it’s time to tackle them head on.