The Near Future and Imagination 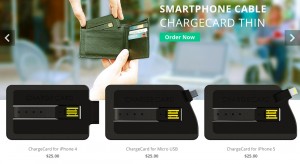 I’ve been playing in the web/tech space for over 8 years now.  Between learning how to podcast when the tools were more primitive and labor intensive,  to hopping on social networks when they were still brand new, to cruising Kickstarter for new ideas and projects to support, I have a sense of where the edge of what’s possible is, at least with what’s readily available- company research and what’s going on behind closed doors is another matter.  My job, most days, is to try to bring businesses into that future, or at least up to date, as quickly as possible.

The problem with knowing what’s possible is that it becomes extremely frustrating waiting for this stuff to hit mainstream or become acceptable as safe.  When it does become popular, I often have a sense of “Hey, Sheeple, What took you so long?” that’s also not a great attitude to have, because we all arrive at the revolution at different times.  It’s just frustrating to have been telling folks about this stuff for years, and have them finally arrive, and say “Wow! This is cool!” and I want to scream “See!  I told you so!  Why did you wait so long???”

Finding the Near Future

The great thing about Kickstarter, for example, is that you can support entrepreneurs who are trying to get the near future products to market, or test to see if there’s a market for their product.  Your support often means you get to be one of the first folks to really road test the thing, which is both good and bad.  You get the early version and get to road test it, but the later versions will likely be better and slicker, if the product gets to a larger market at all.

For example, one of my favorite commercial-bound projects has been the “Charge Card“. It’s a cable you can use to charge your iPhone or iPod with any USB port, but it folds up into a “credit card” that you can keep in your wallet. This solves a huge problem- I don’t know how many times I’ve been places and one of my devices has been low on power, and I haven’t brought a cable with me.  This way, I will always have one with me, for my use, or to loan to a friend, and I don’t have to worry about tangles, fraying of cords, or anything.   This project is a great example of super design meeting problem solving, something we all want in our lives.  It’s something that needed inventing, and fostering creative ideas and innovation is something we all need to support.

Another project that is more “near future” is the 3Doodler, essentially a hand-held 3D printer.  While the actual units won’t arrive for about a year now, think of what this could mean for bringing things to life in a classroom.  You can literally sketch things off a page.  Think about trying to explain geometry to a kid and being able to draw that cube up in the air, allowing them to manipulate it, investigate it, and make changes on the fly.  Think about what you could create in just a few minutes, with the pictures you have in your head, and a tool to create them in your hand.  I can think of a zillion things this could do, but I’m even more excited to get it in the hands of kids.

Then, we have Bre Pettis, who co-founded Makerbot, the first 3D printer that almost anyone could afford, who announced they have made a 3D scanner which can scan an item, feed the information into a Makerbot and print it out- making desktop manufacturing in your home a real possibility.  Lose a button on a coat?  Scan a button, print a new one out- you’re in business!  Need a new part for a lamp? Same thing!  Repairs for those small broken bits and bobs in our lives is now ridiculously simple.

Knowing things like home 3D printing and scanning are soon to be available is amazing.  Knowing that the interfaces and more will get even better in the next few years is exciting.  Knowing also that it will be even longer before this stuff gets into the hands of kids in schools, where anything they can dream up can become reality, is frustrating.

Similarly, Jeff Han, developer of the multitouch display screen with Perceptive Pixel, came to Educon a few years ago.  His multitouch screen could have amazing impact on the way we manipulate information and data, and how we get insights into the way kids think and learn.  Jeff sold his company to Microsoft, which is envisioning a way to bring those displays into our homes in a few years.  But having already seen and played with this sort of display, knowing it will still be years before this becomes affordable and commonplace is frustrating.

Our school is enacting a new STEM program- emphasizing science, technology, engineering and math- and I think making it STEAM- adding the arts and creativity in- is just as important.  But we’re going to need folks who are going to experiment with and advocate for getting these tools into the hands of kids as soon as possible, rather than wait for an expert, or for a formal curriculum to be created to enact this stuff.  The edge of what’s possible keeps moving forward in exciting ways, but our schools, looking for safe pathways, may always be behind, in part because our teachers aren’t always encouraged to experiment in the near future, but instead tread in the safety of the tried and true.

Living in the near future is exciting and it’s frustrating.  But it’s still way better than living in the past, and not knowing how to catch up.